Seven years ago I stepped far outside of my comfort zone for the one person that brought me into this world, my mom. I spent 2014-2019 as a Relay Runner for MS Run the US's Segment 13. With approximately 935 segment miles in total and over $55,000 raised in those six years I'm not about to stop. Please help me help those with MS by donating to MS Run the US. Your donation is tax deductible and will directly help those with MS like my mom as well as supporting vital research needed for new medicines to battle symptoms as well as finding a cure. 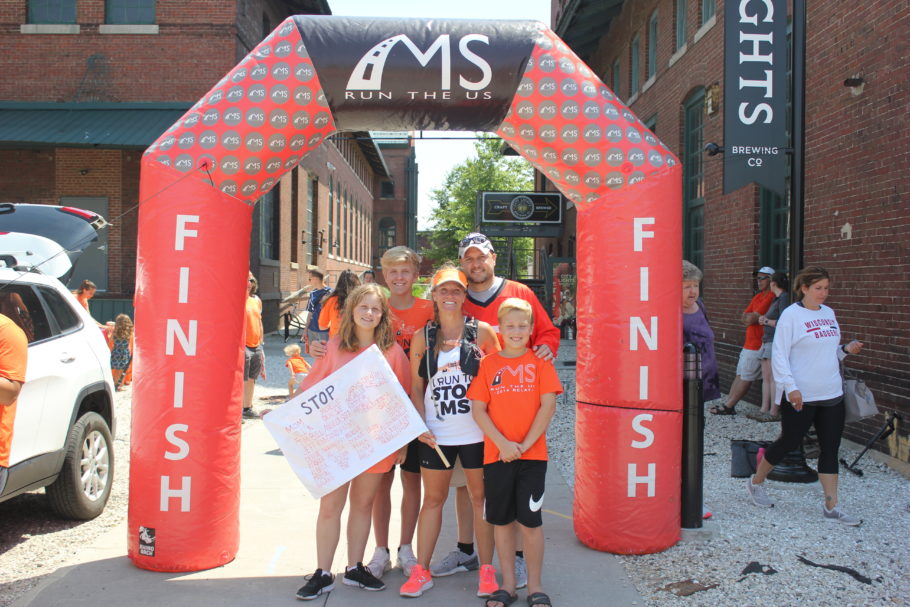 It’s been over 30 years since my mom passed out during my 8th grade graduation. In the days that followed we would learn that she had lesions on her brain and the incident she experienced was a relapse. In the first 10 years of my mom’s battle with this disease she would relapse and remit over and over until the relapses were so close she did not recover from the previous one before another occurred. A low-dose chemotherapy drug called Novantrone was her only hope to slow down her relapses and were administered intravenously every three months for a year. With hope and a lot of prayers the drug completely stopped the relapses after the first dose. A move from Illinois to South Carolina, a change in the severity of the seasons, also seemed to help the disease. Today, my mom’s MS is Active Secondary Progressive but it is still not stopping her. She may not have the relapses like she did before but the disease is still doing it’s damage, it just whispers instead of screams.

Over the past 6 years as a relay runner, I have met too many people with MS and have run for far more. Over 350 family, friends, co-workers both children and adults. MS shows no discrimination at all and I run for them all. As always, I have lofty fundraising goals and plans to help raise those funds and educate people. Races, PUCK MS and other events are all in the works for 2020. As an Ambassador for MS Run the US I will give hope and help to those battling this disease.

I grew up in Lansing, IL with my parents and younger brother Eddy. In 1999 my husband Paul and I moved out to Plainfield and currently reside in what I like to call “Jofield” because we technically live in Joliet but we are west of Plainfield in Kendall County. I attended Northern Illinois University and have a BS in Geography with an emphasis in Natural Environmental Science. I worked for a private consulting company before we began having kids. Evan is now 14 years old and is in 9th grade, Faith is 12 and is in 7th grade and Alex is 10 and is in 5th grade. I was lucky to be a stay-at-home mom for 10 years. I went back to work as a substitute teacher and absolutely love it. I’m a permanent sub for Plainfield Consolidated School District 202 this year. Besides subbing I also love supporting my kids and all of their sports, running (of course), biking, gardening and just being outside. I also began PUCK MS Run the US two years ago as my main fundraiser and will be doing that again this year as well!

Thank you all for your constant support no matter if it’s through a donation or cheering me on during my running events or sending prayers for all those affected by this disease.

All my love,
Kelli