I will be running 195 miles in 7 days in honor of my sister and her husband and for multiple sclerosis fundraising with the 2019 Ultra Relay Team. 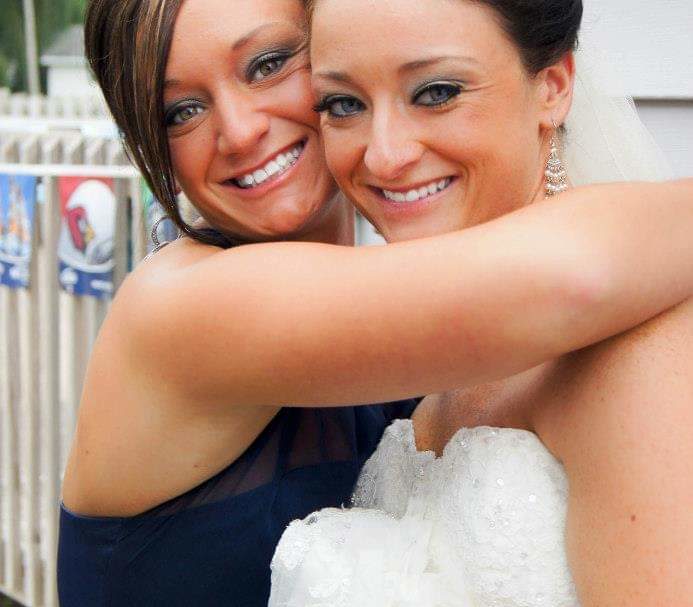 My name is Marissa. I am many things; an Air Force veteran that served 10 years in our wonderful military; a Registered Nurse trying to save the world one patient at a time; a mother of one handsome and amazing “almost” 12 year old; a wife to a hard working, caring, and supportive husband; and a sister to a brother in law with MS.

My sister’s husband was diagnosed with relapsing remitting MS (RRMS) in August of 2015. I didn’t find out until February of 2016 when my sister sent me an invite to do a MS walk with her. She was raising money for MS. I just figured it was something she was doing to help others because that is the type of person she is. When I went to the website I saw a section that said “My Story.” I was thinking it must be about a person or family affected by MS and that was who she was walking for; it’s always about someone else and you never believe it would affect your family. As I began to read, my heart sank. Unbeknownst to me, it was MY SISTER’S story. My sister? Why would my sister have a story about MS!? It talked about her husband and some of the symptoms he was having prior to them going to the doctor. It talked about the diagnosis. It talked about the difference between the relapsing remitting form of MS (RRMS) and the other forms of MS (Secondary-progressive MS (SPMS), and Primary-progressive MS (PPMS)). It talked about how helpless my little sister felt when she found out and how organizing this walk/fundraiser allowed her to feel some sort of control over the situation. For me, it was hard to read. It was hard to know that my brother in law was struggling with this disease, not only physically but emotionally. I think the hardest part was knowing that for the last 6 months they had been dealing with this alone. They were waiting until her husband felt comfortable with telling people. In the mean time they were going through all the stages of grief alone. I am the big sister. I am the one she calls when she has a question about anything medical because I’m an RN. I am who she calls to tell about the good and bad things in her life. I felt like I let her down.

Since I found out, the strength I’ve seen from her and her husband is astounding. He works more than full time and then goes to their house that they are remodeling and works late into the night. He spends his weekends working on the house so he can give her and their two amazing little boys the world. I haven’t ever heard him complain. I haven’t ever heard him say “I can’t.” That’s the thing about every person I’ve met that has been diagnosed with MS. To them it is just that, a diagnosis; it will NOT define them, and it will NOT hold them back from living their life to the fullest extent.

My sister….where do I start. She is a brilliant and successful lawyer. She has the two cutest boys in the world. She is an amazing mom, wife, and friend. She always has on a brave face. She fights through everyday never complaining. She is the definition of amazing and although she is my LITTLE sister I look UP to her. I don’t think she understands how truly inspiring she is and how I thank god everyday that he chose me to be her sister.