I will be running 220 miles in 8 days from Barstow, CA to Las Vegas, NV to continue our daily fight to STOP MS with the 2020 Ultra Relay Team. It's going to be one heck of a party in Vegas on April 18th, 2020...see you there! #220in2020 #strengththroughadversity #msruntheus 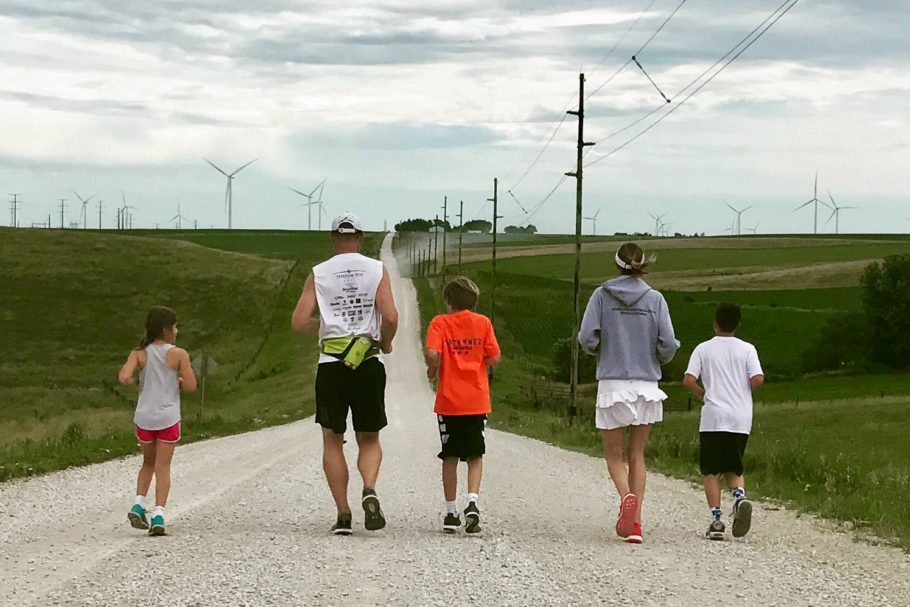 This afternoon after work I laced up, turned on the tunes and put in a few miles around town. Today, like many days, I took for granted how easy that was…the “getting dressed” part, the “tying my shoes” part, the “getting out the door unassisted” part, the “showering while standing” part, the “going about my day like any other 41-year old” part. There are days I take for granted hugging my wife, or carrying my daughter to bed, or shooting hoops or throwing the ball around with my boys. It’s not that I take them for granted. It’s the actual physical act of lifting my arms, placing them around my wife and giving a small squeeze to tell her that I love her, that I never think twice about. Have you ever thought about that, that some people have been robbed of the ability to hug their loved ones, because their nerves are tweaking out and their arms won’t work?

To be sure, since being diagnosed with Multiple Sclerosis in 2004, I’ve had those days where the “tying my shoes” part didn’t exactly go as planned…but those days have actually been pretty few and far between. I wish that were the same for others with MS, but it’s just not the case. Many have to fight hard to do the little “meaningless” things, and even miss out on the really important things, and it breaks my heart because I’m one of the lucky ones while others have to take on this mother f#^@*r with all they’ve got because we don’t have a cure yet!

I’m certainly not taking this opportunity for granted. It’s an honor to be part of the 2020 MS Run the US team. Thank you for being part of this amazing journey! #220in2020 #strengththroughadversity #msruntheus

The MS Run the US – Relay is an annual 3,260-mile relay run across America for the multiple sclerosis (MS) cause.

The Relay begins each year mid-April in Santa Monica, CA and finishes mid-August in New York, NY. Our Relay runners are selected via our online application process to participate as an individual runner as part of the Ultra Relay team.

To participate each runner commits to fundraising $10,000 over ten months and to running approximately 160-miles over 6 consecutive days during his or her assigned Relay segment. There are 19 segments total in the relay spanning from California to New York. Once selected each runner spends months training and fundraising prior to the event as they prepare to devote one week on the road with the nonprofit while completing their segment’s miles. Each runner’s segment is logistically coordinated back-to-back as a part of the collective team effort to run 3,260-miles over the duration of 4.5 months. 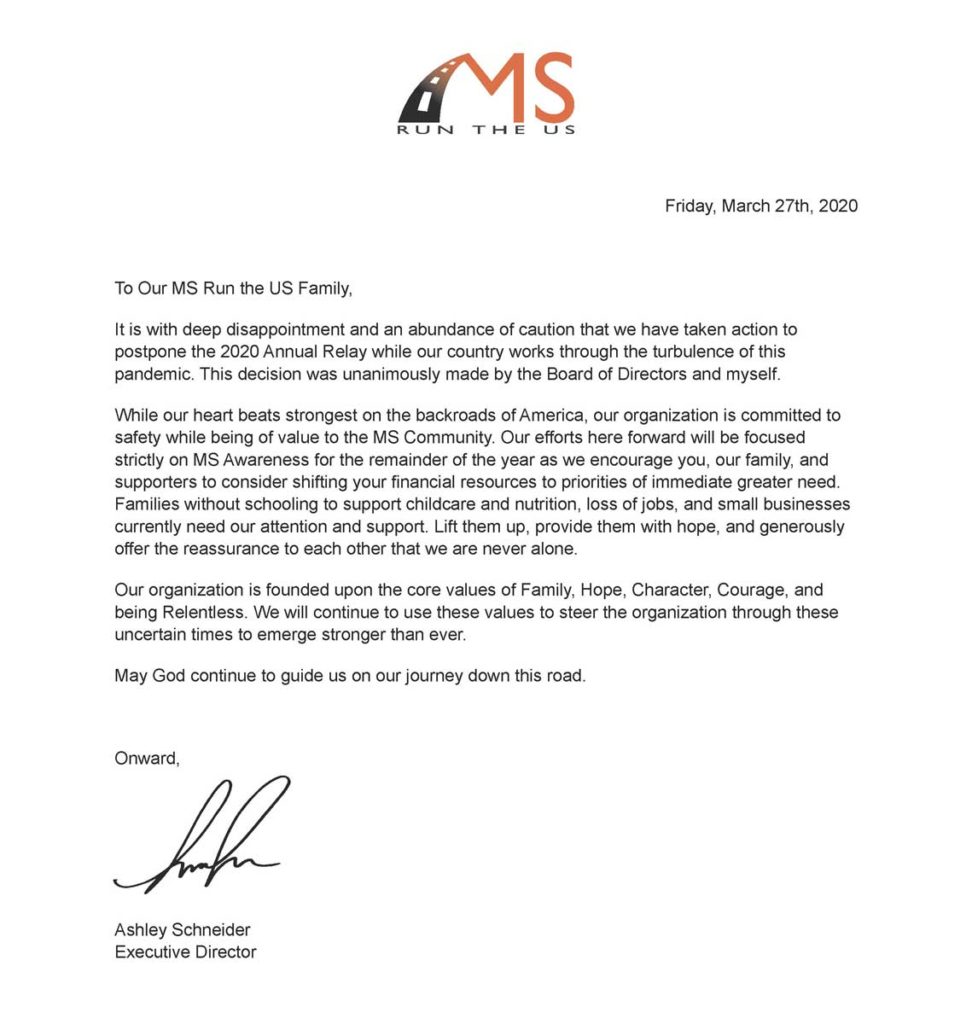