I will be running 171 miles in six days for multiple sclerosis fundraising with the 2019 Ultra Relay Team. 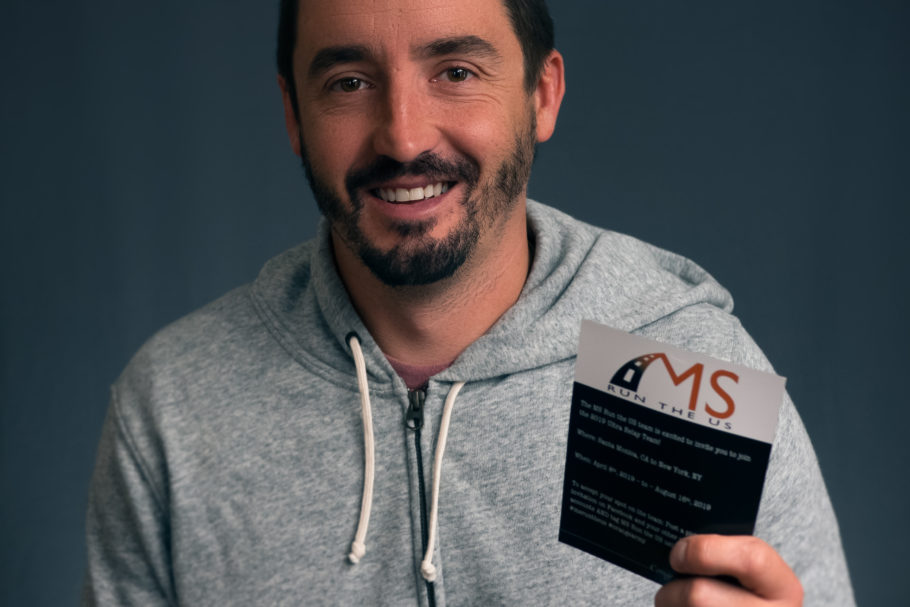 Runner Story
When I was told I had multiple sclerosis on January 15th, 2016, I thought my life was over. But after a lot of research, finding a top-notch doc, connecting with some great MS mentors (some of which are MS Run the US alumni!), and chewing on the news a bit – I decided it wasn’t. I learned that in order to live my best life, I needed to live my healthiest life. Running and biking quickly became my one-two punch.

In January of 2017, to mark the anniversary of my diagnosis, I launched Fit15 — a year-long initiative of running and biking 1500 miles to raise $15K for MS research. By the end of the year, I had run and biked 3,030 miles and had raised $20,400. In 2018, my focus shifted to running the Boston Marathon with the Strides Against MS team. My goal was to raise $10,000 and to complete the marathon in less than four hours. Donations totaled $11,961 and I completed one of the rainiest, coldest and windiest “Bostons” in history in 03:56:15.

As a member of the MS Run the US Ultra Relay team, I plan to continue to exceed my goals and your expectations. We’ve got this disease on the ropes. I’m excited to do my part to put it way for good.

In addition to co-leading the company, Jon’s day-to-day duties are focused on growing and developing a great team rooted in great relationships and creating an award-winning culture. Jon’s mission is to create the best workplace in St. Louis.

Jon was named to the 2010 St. Louis Business Journal’s “30 Under 30” class and was named as one of St. Louis’ “Top Young Entrepreneurs” by the Small Business Monthly. He’s a graduate of the FOCUS St. Louis Emerging Leaders program and is a member of the 42nd class of FOCUS St. Louis Leadership St. Louis.

Jon is a passionate Missouri Tiger and loves to spend time in the outdoors hunting, fishing, biking and running (26.2 x 5). In July of 2019, he ran across the state of Ohio (174 miles in six days) to raise money and awareness for MS Run the US; today, he’s an Ambassador for the organization.

Jon has served as a board member for Launch St. Louis (co-founder), the Friends of Clifton Park (co-founder) and Brightside St. Louis. He volunteers with Big Brothers Big Sisters of Eastern Missouri, serving as a Big Brother. In August of 2020, he was nominated and selected for a Hero’s Heart award.

Jon currently sits on the board of trustees and is the vice chairman for the Gateway Area Chapter of the National Multiple Sclerosis Society. He is active with the Bike MS, Governance and Community Engagement committees. In early 2020, he was awarded the Community Awareness Award from the chapter for his fundraising and mentoring efforts.