I'm so excited to be the Segment 10 runner for 2021. I'll be running 162 miles from Holdrege, NE to Lincoln, NE. I want to be apart of finding a cure and raising awareness for multiple sclerosis. 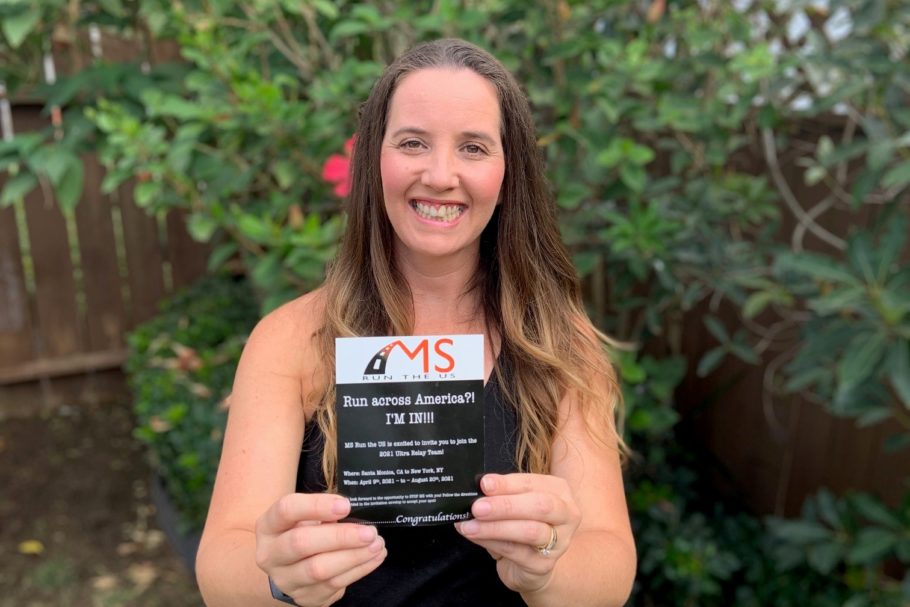 In 2014, I made a decision to lose weight and start living a healthy lifestyle.  I bought a pair of shoes to keep me motivated.  I never liked the idea of working out in a gym so I began walking.  Just a few months later, I was invited to try Jazzercise (yes it’s still around, 50 years strong!).  Little did I know Jazzercise would be the catalyst to so many other forms of exercise.

In 2017, I ran my first Spartan Race.  I loved the challenge of the obstacles and was hooked.  From there I began trail running and participated in my first half marathon and realized this girl who once thought she wasn’t a “runner” was in fact a “runner”.

After being diagnosed with multiple sclerosis in January of 2020, my “why” changed.  At the end of 2019, my love for movement was sidelined by fatigue, nerve pain, and balance issues just to name a few.  I went from running multiple miles a month to barley being able to run around the block.  In fact, I crawled my way through an 8-mile Spartan race in December and knew something was not right.  The feeling of my body fighting against me left me searching for solutions.

Thankfully, through grit and determination, my strength and endurance are returning.  When I learned about MS Run the US, I was immediately drawn to the event and knew it was another chapter in my story.  I have to move my body as much as I can while I can.

Being a part of the 2021 relay team is another opportunity for growth and a tangible way for me to fight the adversities of living with MS.